The city is the commercial hub of Westchester County and just north of NYC. White Plains is at the very heart of Westchester’s political, social and economic activity. More than “The Birthplace of the State of New York,” it combines a suburban environment with urban sophistication for a great living and working experience, and its fusion of commercial, retail and dining centers allows residents to get the best of all worlds. A mere 25 miles north of Manhattan and a 35-minute commute via express train, and it’s relatively moderate housing costs and close commuting distance to midtown Manhattan, have attracted a lot of people who commute to New York City for work. 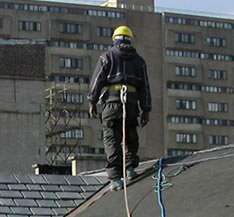 White Plains experienced significant economic development in the commercial and housing sectors as a result of its Smart Growth and Sustainable Development policies.  White Plains also embraces sustainable development, as several office buildings have been renovated to high levels of energy efficiency and green building standards

White Plains is ranked fifth in the state in annual sales volume – retail trade earns more than $2 billion in sales annually, with its unique and one of a kind retail and specialty shops.  It is also the home of The Galleria of White Plains, and The City Center of White Plains.   While the professional services and healthcare sectors each account for more than $1 billion.

The 292-bed White Plains Hospital Center is a regional leader in orthopedics, obstetrics, neonatology and cancer care, and U.S. News and World Report named it one of the “2012 Best Hospitals” in New York. The hospital center is also a nine time winner of the National Research Corporation’s Consumer’s Choice Award.

While Westchester County Airport located in White Plains has approximately 1.9 million passengers passed through the main terminal on some 34,000 commercial flights, directly to and from business and recreational destinations throughout the United States.

The active economy and growing population led Business Week magazine to declare White Plains one of America’s fastest-growing cities in 2010. Money magazine also included White Plains as one of its top 100 places to live, describing it as giving residents “the benefits of the nation’s largest city with a small-town feel.