Vanguard Stops Leaks At Their Source

Vanguard was asked to inspect the roof area and make recommendations. Here’s what we found and how we fixed it.

During the inspection Vanguard completed a core cut to determine how compromised the roofing system was from all the water. The client’s roof was comprised of a smooth surface modified bitumen roofing membrane over rigid fiberboard insulation atop a metal deck.

Leaking has been an issue for at various locations for an extended period of time. Moisture had entered the roofing assembly and warped extensive areas of the insulation, thereby creating a wrinkling and detachment of the membrane. It was also causing stress on the membrane seams and flashings, hindering the flow of moisture to the drains, causing ponding and a trip hazard to those servicing the rooftop.

As roofs of this type age, photo-oxidation by the sun in conjunction with heat extremes gradually draws waterproofing thermoset resins and adhesives out from both the roof membrane and flashing surfaces. As this occurs, elasticity in these membranes diminish. When subtle movement continues inevitably on a roof of this type, downward movement in the roof insulation caused by added weight from accumulations of snow causes the membranes to become stressed and sometimes break at the seams. Similarly, thermal movement or expansion and contraction in the edging system located around the open perimeter also caused fracturing membranes where they seal the roof joints of the metal on the perimeter edge.

Vanguard installed a new fire retardant PVC roofing system. This membrane is often regarded as being unaffected by ponding or freezing water and having an excellent elongation capacity. It is almost completely unaffected by ultraviolet, ozone, thermal movement or temperature extremes, all of which contribute to the breakdown and failure of conventional built-up roofing, as well as many other single-ply systems. It also has greater resistance against tearing and puncturing verses other membranes. In fully adhered fashion, this sophisticated roofing system is extremely desirable because at no time will the building completely lose its waterproofing.

Are you interested in seeing how Vanguard can help you? Connect with one of our roofing experts today! 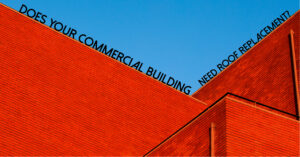 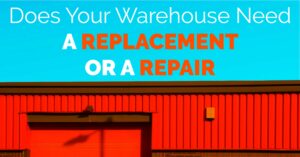